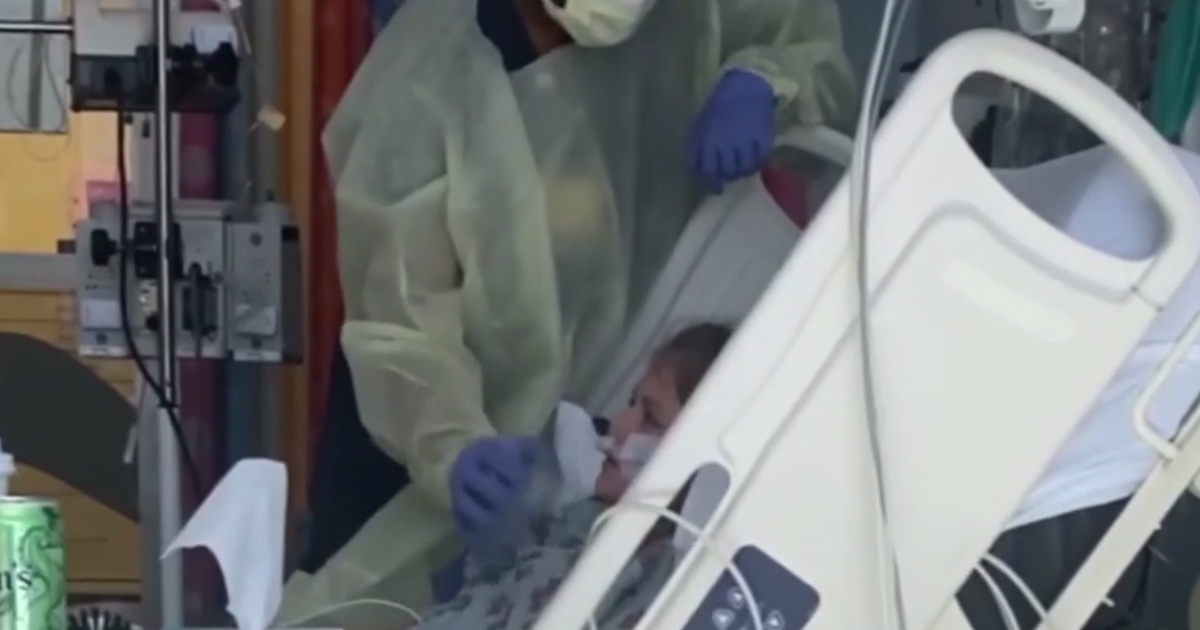 CHICAGO (CBS) – Doctors are warning families to be cautious with their Thanksgiving plans as pediatric flu and ongoing RSV infections rise.

RSV – or respiratory syncytial virus – is the respiratory virus that is most serious in young children. Pediatric intensive care unit beds are still at critical levels across the state.

As CBS 2’s Tara Molina reported on Monday, the emergency room at the University of Chicago’s Comer Children’s Hospital saw a huge influx of patients last weekend due to both viral infections.

“All parents should be acutely aware that this is a very real virus that is hitting harder this year,” Kaelyn Bogucki, whose child was hospitalized with RSV, told us in October.

With RSV, the most serious respiratory virus in young children, continuing to plague hospitals and children’s wards, the flu is now accelerating surges across the Region. The doctors tell us that they are overworked.

A spokesman for the Cook County Department of Health said that emergency room visits for flu-like illness just surpassed COVID-like illness for the first time since March 2020:

“CCDPH continues to monitor respiratory viruses, including COVID-19, influenza and RSV. While there are positive signs, including declining emergency room visits for RSV, the hospital system remains strained with very few pediatric beds available across the region. Emergency department visits for influenza-like illness surpassed those for COVID-like illness for the first time since March 2020. If current trends continue, this year is expected to be the most severe influenza season this decade. CCDPH is urging all eligible residents of the Cook County suburbs to get vaccinated to prevent the flu and help prevent COVID-19. Please visit BoostUpCookCounty.com for more information.”

The Chicago Department of Public Health released this statement:

“Overall, pediatric providers still see many patients with respiratory disease. While RSV cases appear to be declining, we are now seeing an increase in influenza. We are urging all Chicagoans 6 months and older to get the flu shot.

“Here is some data from our Respiratory Virus Weekly Surveillance Report (data for the week ended November 12, 2022):

The Illinois Department of Public Health said crib availability has dropped to 5 percent statewide. The IDPH prefers a capacity of 20 percent.

Among certain hospitals, Advocate Children’s Hospital in Park Ridge also reached capacity this past weekend. But a spokesman told us patients were not turned away. Advocate Children’s is now seeing a decline in RSV – or respiratory syncytial virus – but the flu is rising sharply there:

“This weekend, Advocate Children’s Hospital-Park Ridge was ‘full’ again due to the breath blast, but no patients were turned away. As RSV begins to decline, pediatric flu continues to rise. The situation this weekend wasn’t much different than it has been for weeks.”

The NorthShore hospital system is seeing a similar increase. A spokesman said they’ve been busier than usual over the past two months – and have seen a surge in cases of RSV flu.

“We have a dedicated pediatric unit at Evanston Hospital with 11 beds (we don’t have a pediatric intensive care unit).

“We’ve had a heavier than usual utilization over the past two months and have seen an increase in cases of RSV as well as influenza A cases – similar to other systems across the state, IDPH reported.”

We spoke to a doctor who shared information she thinks families need before the Thanksgiving celebrations. dr Allison Bartlett of UChicago Medicine broke down Comer’s situation.

“We’ve been busy, I think, 67 days in a row,” she said. “We’ve had a bit of a breather this weekend, but it’s been absolutely unprecedented how busy we’ve been.”

But even with that little breather this weekend, Comer’s ER was seeing huge numbers – a mix of RSV and flu cases.

Thankfully, most of these patients did not require hospitalization, but Dr. Bartlett told us parents should keep these tips in mind before Thanksgiving.

“It’s time to think about the plans you have and how to keep them as safe as possible,” Bartlett said. “Certainly people with respiratory virus symptoms should be discouraged from attending.”

The doctors we spoke to Monday stressed the importance of getting both flu shots and COVID boosters now that RSV and flu are on the rise. At 6 p.m. we will have more from city and county health officials on this spread.

Tara Molina is a general duties reporter at CBS2 Chicago.