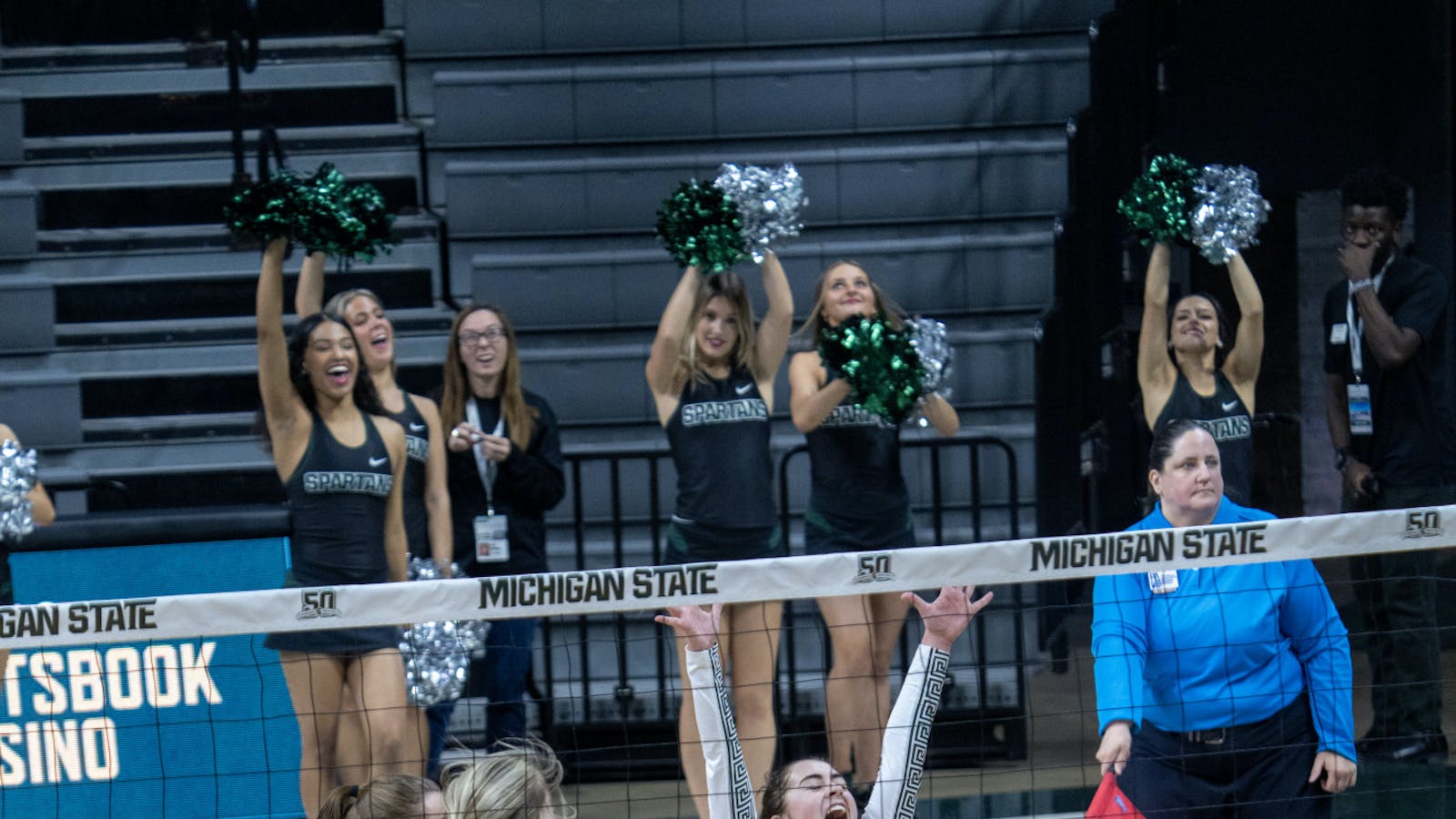 After a winless October, Michigan State Volleyball clinched its third win in two weeks after a 3-1 win over the Rutgers Scarlet Knights on Wednesday at the Breslin Center.

The Spartans were able to set impressive season bests across the squad.

Fifth-year middle blocker Rebecka Poljan had a night for the Spartans, leading with a season-high 15 kills, eight blocks and a .600 batting average.

The Michigan native was followed closely by freshman outside hitter Maradith O’Gorman, who had 12 kills. O’Gorman’s kills from the game against Rutgers ranked her 10th all-time for kills by a Michigan State freshman, surpassing All-American Dana Cooke in 1995 and 1996.

Another outstanding performance came from senior middle blocker Emma Monks. Monks racked up double-digit kills for the fourth straight season with 11 kills and a .333 hit average.

It was also a double-double night for graduate setter Zoe Nunez. Nunez only picked up three points for the night but managed a whopping 41 assists and 14 digs.

The game was tight throughout the game, with the Spartans and the Scarlet Knights tying 22 times and changing the lead eight times.

Rutgers won the first set by three points after freshman outside hitter Evie Doezema put Michigan State on the board early.

Michigan State responded with a narrow 25-23 win in the second set.

It was during the third set that the Spartans really broke away from the Scarlet Knights. Michigan State got the first points on the board and never gave up the lead. MSU was able to defeat Rutgers by 10 points for a 25-15 win.

After comfortably winning the third set, the fourth looked more like the close play we’d seen in the first two, but Michigan State was still able to pull off a 25-20 win.

Throughout the game, Alissa Kinkela, a redshirt rookie from Rutgers, caused trouble for the MSU team. The Aussie put up 21 kills and two block assists to lead her team by 8.5 points.

Although Kinkela was a powerhouse for the Scarlet Knights, MSU had more players putting up decent numbers for the Spartans to sail to victory.

Michigan State will play one final time this season at 2 p.m. Saturday when they take on the Iowa Hawkeyes at the Breslin Center.

Support student media!
Please consider making a donation to The State News and help fund the future of journalism.